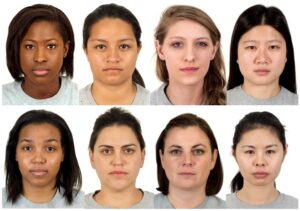 We are better at remembering the faces of members of our racial ingroups than those of racial outgroups. The biggest impacts of this cross-race effect are felt throughout the criminal justice system: In the United States, nearly a third of wrongful convictions that are later overturned are based on mistaken cross-race identification. The cross-race effect is generally assumed to partly reflect the fact that the ingroup is more relevant to our day-to-day experiences, as a source of relationships and rewards, than are outgroups. However, for members of relatively low-status groups, higher-status outgroups may also be motivationally relevant due to their social power and control of resources. My colleagues and I tested the hypothesis that social status as a proxy for relevance should influence intergroup memory. We found that members of lower-status groups do not uniformly recognize ingroup members better than outgroup members – as the cross-race effect usually manifests. Instead, lower-status group members better recognized members of the ingroup compared to members of lower-status outgroups, but they recognized members of higher-status outgroups better than members of their own ingroup (Simon, Chen, Sherman, & Calanchini, under review). These findings highlight the role of competing versus congruent motivations in the context of the cross-race effect: When the outgroup is of lower status, ingroup relevance produces the traditional ingroup recognition advantage, but when the outgroup is of higher status, the relevance signaled by higher status can overwhelm ingroup relevance to produce an outgroup recognition advantage.

As a complement to motivational perspectives on intergroup recognition memory, the cross-race effect is also assumed to partly reflect the fact that people generally have more contact with members of their ingroup than outgroups. A natural prediction from this perspective is that recognition of ingroup versus outgroup members should depend on the extent of contact with each group. In a series of six experiments, we examined the relationship between the cross-race effect and intergroup contact. Relying on both American and German participant samples, we operationalized contact in a variety of ways, including regional demographics, real-time geolocation, and multiple self-report measures (Stelter, Simon, Calanchini, Christ, & Degner, under review). However, most of these operationalizations of contact were unrelated to the magnitude of participants’ ingroup recognition advantage. Taken together, this developing program of research challenges notions of the primacy of bottom-up perceptual processes in the cross-race effect, highlighting instead the role of top-down processes such as culture and hierarchy in the context of intergroup recognition memory.