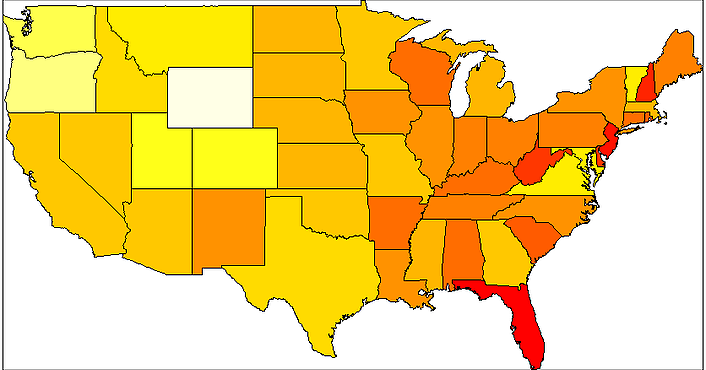 Based on these perspectives, our research seeks to bridge the gap between individuals and situations by examining the relationship between region-level attitudes and beliefs and large-scale behavioral outcomes. In taking this region-level approach, we can investigate behavior that is relatively infrequent or is otherwise difficult or unethical to study in the laboratory with any degree of ecological validity. For example, police in America kill more citizens than do police in most other developed countries. Racial bias is frequently alleged in American police’s use of lethal force, but this relationship had not been tested scientifically. We used region-level estimates of implicit racial bias from visitors to the Project Implicit demonstration website to investigate the relationship between racial bias and police lethal force. We found that police were more likely to use disproportionate lethal force against Black people in regions where White residents demonstrate stronger implicit associations between Black people and threat (Hehman, Flake, & Calanchini, 2017). Importantly, we did not measure the racial biases of police involved in use of lethal force, or even of police more generally. Instead, these findings indicate that the beliefs of the community are related to the behavior of individuals who live and work in that community.

Not only are Black people disproportionately likely to be killed by police in America compared to people of other races, but they are also more likely to receive disparate treatment in the courtroom. Specifically, Black people are exonerated at rates higher than their presence in local populations. To the extent that exonerations are wrongful conviction that have been identified and overturned, we found that Black people are more likely to be wrongfully convicted in counties where White residents demonstrate an implicit preference for White over Black people (Calanchini, Hehman, & Salerno, in prep). Given that laboratory-based studies have shown a steady decline in participants’ willingness to render guilty judgments of hypothetical Black defendants over the past decades, this research highlights the need to supplement experimental investigations with analyses of real-world behavior. Indeed, as a next step in this line of research, we seek to supplement these findings with experimental evidence of a causal relationship between racial bias and criminal convictions.

This line of research has produced encouraging initial evidence of relationships between important real-world outcomes and region-level attitudes and beliefs. However, these results should be interpreted with caution because implicit measures were initially developed and validated to be applied at the individual level. Additional validation is necessary whenever a measure is used for a new purpose (Cronbach, 1976). Consequently, we are currently working on establishing the construct validity of implicit and explicit racial bias operationalized at region levels (Hehman, Calanchini, Flake, & Leitner, under review). In additional ongoing work, we seek to examine other large-scale behaviors in further contexts, such as hate crimes in Europe. Taken together, this body of work combines the strengths of tightly-controlled laboratory research and ecologically-valid field research in order to further our understanding of the psychological processes that contribute to important, real-world judgments and behaviors.